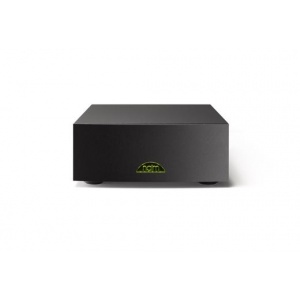 The heart of the SuperLine is a new, two-stage single-ended Class A discrete amplifier with part-passive RIAA filtering that runs off 25 internally regulated power supplies and features the transistor "quiet room" thermal isolation technique originally developed for the NAP 500 power amplifier. Environmental isolation is also ensured by the SuperLine's massive sub-chassis and high-Q spring suspension system - used here for the first time on a phono amplifier.

The SuperLine is also available in a lower gain model, SuperLine E. The SuperLine E is identical to the standard SuperLine except that is has been designed for use with cartridges that have a higher output voltage than most popular moving coils: for example high output moving coils.